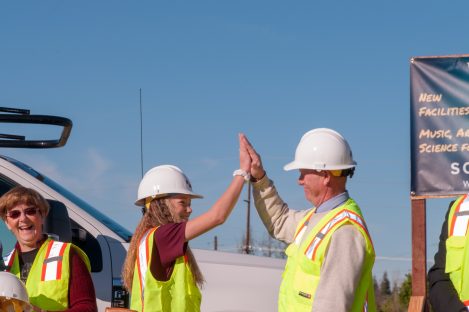 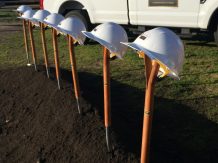 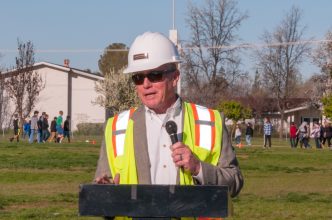 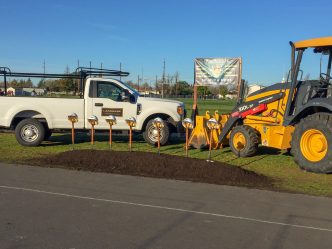 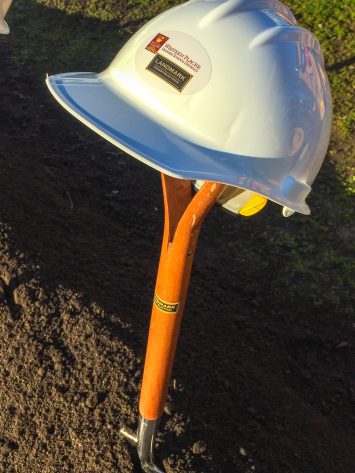 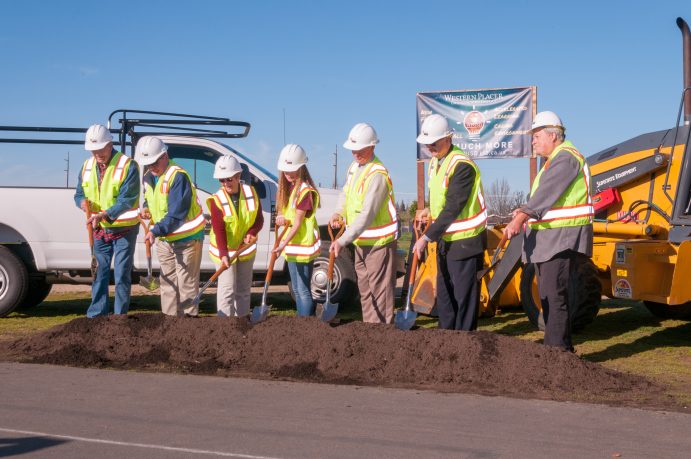 The campus was abuzz Monday morning March 19th with the excitement of the official Glen Edwards Middle School Groundbreaking Ceremony.  The outline of the new classroom building was painted on the black top for all attendees to have a visual concept of the size and extent of the new addition.  Team Landmark was thrilled to join Western Placer USD Superintendent, Scott Leaman, Board President Paul Carras, Board Members Brian Haley, Kris Wyatt and Paul Long, in addition to Tim DeWitt with Rainforth Grau Architects.  Several Glen Edwards teachers and students were present for the event as well as many community members.

This close-knit community is very excited for the two-phase project at Glen Edwards, which will expand and modernize the existing campus.  The bones of GEMS were built in 1965 with a large addition in 1992.  While these buildings are considered to be in good condition, many portables have been added to the site to accommodate a growing student population.  Glen Edwards School has gone through several iterations, first as a K – 8, then an Elementary School and now a Middle School with more than 600 students in grades six through eight.  As the school has evolved, a need to expand and modernize has become increasingly apparent.  Thanks to local community support, Measure N Bond was recently approved and passed to support this project along with others in the Western Placer USD.

Over the next two years, Landmark Construction, Rainforth Grau and WPUSD will work together to bring Glen Edwards up to par in two phases.  Phase One is to build a brand new 2 story classroom building that will include a library, 9 classrooms, 4 science labs, a media center, art and broadcast rooms along with additional staff and student restrooms.  Also included in Phase One is a renovated courtyard area in front of the new building.  Phase Two will involve campus-wide modernization and the addition of a much-anticipated gymnasium.  Panthers old and new are eager for the addition as this will equip Glen Edwards to participate in sports on-site and create new opportunities for students.